Making a change. Together.

Forced To Flee is a Non-Profit Organisation, advocating for refugees, human rights, and equality. At Forced To Flee, all people are accepted for who they are and are embraced into a one-world community

​Aim: We at Forced To Flee have the aim and vision of seeing the world be a better, safer, and cleaner place for everyone. We aim to educate people about issues facing our society and engage young people to make a difference!
What we do: Forced To Flee interviews many people that are closely connected to the refugee crisis and humanitarian aid. From peace activists and authors to the Chief Operating Officer of Unicef UK, UNHCR Representative to the UK and Former United Nations Secretary-General, Ban Ki-Moon. We conduct these interviews to give people an understanding of global issues from different perspectives. We spread awareness of these issues and the various perspectives through our active social media platforms, and other features.
Background: Coming from a family of migrants who fled from Uganda when Idi Amin was in power, Aryan heard many stories from his grandparents growing up. Inspired by his own family’s refugee story, Forced To Flee was founded by Aryan in 2018. He started the organization to raise awareness and show refugees that people care and want their voices to be heard. Forced To Flee began with Aryan wanting to shine a spotlight on the injustices in our world, and it has now grown into a group of young advocates for refugees that are dedicated to making a difference.

Dedicated to making a difference 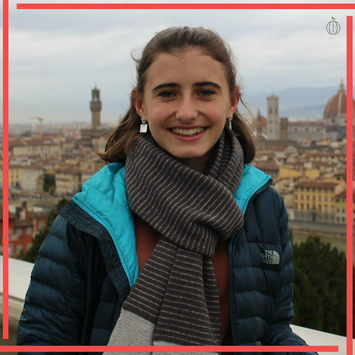 ​Hi, my name is Gaby. Living overseas my whole life, I’ve been exposed to many people and their unique situations, whether in more, or less developed countries. In addition to this, the schools I’ve attended have allowed for me to learn about human rights and the refugee crisis in unique ways. In fact, my interest in this area sparked through a play I watched and one that I later performed in, as well as books I've read and even one that I wrote.
​
​I currently live and study at the University of Toronto, but previously lived in Vientiane, Mumbai, and Warsaw. I enjoy helping others and making a difference in what are often small ways such as teaching young Vietnamese children to swim, and I am very passionate about literature and theatre and raising awareness in unconventional ways through these subjects.
contact gaby

Want to get involved?​ We would love to have you on board!