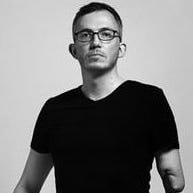 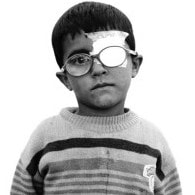 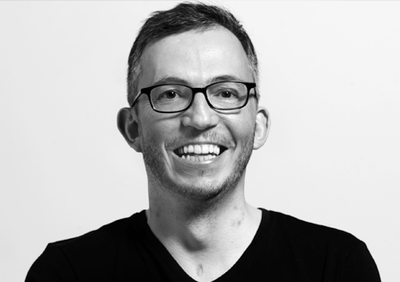 ​​Giles Duley is a British documentary and photo journalist. He gave up a life of glamour and celebrity as a fashion photographer to travel the world and document the stories of the forgotten and marginalized people affected by war.

He is now known for his photography of humanitarian issues and the consequences of conflict. While he was on his travels in Afghanistan on foot patrol in 2011 he stepped on an IED (improvised explosive device) as a result of which he became a triple amputee. He was told he could never walk again but is quoted as saying to the doctors, “Right hand? Eyes?” and realising they were still intact he said, “ I am still a photographer” and returned to Afghanistan less than 18 months later.

​The UNHCR commissioned Giles in 2016 to document the refugee crisis across Europe and the Middle East, the result of which was a series of photographs in a book called I Can Only Tell You What My Eyes Can See.

1.In your View do you think photographs help refugee's heal?

I think there is a lot of power in people thinking others are listening to their stories. When living as a refugee - you have lost everything - its easy to think the world has forgotten you. If in some small way I can help facilitate refugees telling their story through my image, well maybe that helps them in a small way to at least know they are not forgotten

2.If you had to describe your journey and interactions in one sentence , what would it be?

I don't need a sentence, but can sum up my experience documenting the refugee crisis and the experiences with the people I met on that journey - humbling.

3.At your exhibition I heard you say there is no truth in photography, its whatever that lens captures as the story. How do you feel a photograph helps this story become forever present and unforgotten in the minds of the people once they have seen it and not a past thought or memory?

​We see thousands of images every day - yet there are some that stay with you. Of the millions you have seen in your life, why remember just a few? I think its because in that frozen fraction of a second you connect with the moment, an empathy with the story in the image. So thats my goal - not to create the most technically brilliant photograph, not the most shocking image - but the one that creates a connection and empathy. Thats how i hope to make these stories stick in peoples minds.
4.You have achieved so much but what would you consider to be your next biggest achievement in helping victims of war?

There is always more to be done and so I don't really see what I’ve done as achievements. Whilst there are people suffering from the impact of wars, I’ll keep working, sadly I’ll never see an end to my work. But you have to keep trying. I guess my greatest achievement is to still be doing this work despite what happened to me; my greatest achievement in the future would be to see one less person having to go through what I went through.
5. In hearing your personal story and learning about your work what would you like people to know most about your work?

I’ve always said that I hope one day I will be forgotten but my photographs remembered. I’m a story teller and my work is telling the stories of others, I’m just the messenger.

This interview was conducted by email ​