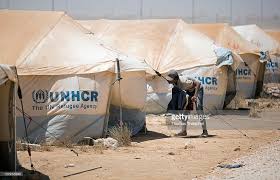 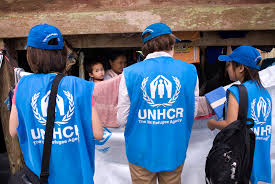 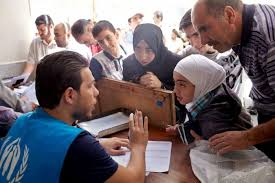 Kim works in the External Relations team as a consultant. He primarily workins on parliamentary advocacy (getting refugee issues into parliament), public information (dealing with press queries), and public advocacy (social media, events, and generally raising awareness of refugees in the UK).

1.What was your inspiration to do this type of work?

I am really passionate about human rights in general, having studied Human Rights and International Development at university. I believe, that refugees in particularly are one of the most serious issues of our time. I have been hugely moved by what has happened in Syria, and most recently in Europe. I am inspired to work in public advocacy/external relations as I believe that, particularly in the current political climate, positive messages about refugees is needed more than ever.

​
2.In your view, what are the biggest threats facing refugees?

The main issues which cause refugees to flee their homes is most obviously protracted conflict (e.g. Syria), discrimination, famine (South Sudan), but also environmental disasters and climate change. In a European context, I think refugees also face challenges in regards to people’s attitudes towards refugees, which is affected by political rhetoric.


3.How has the situation and global response improved in the past few years?

We are constantly learning about how to improve responses to refugees. The Syrian conflict, and the subsequent crisis in Europe, has changed how responses are executed significantly. UNHCR now engage with new technologies (such as iphone apps and pay cards)


4.What can be done further to tackle the refugee crisis?

Political will of governments is always an issue, as funds and support from governments is essential to mitigate the refugee crises around the world. More responsibility sharing between governments (for example the number of resettlement spaces offered by third countries such as the UK)  is essential.


5.What is the UNHCR's biggest achievement in relation to the crisis?

This is a tricky one! I think our work in resettling refugees in the UK, and also working in countries like Syria, South Sudan, and Libya is hugely important to preventing the refugee crisis.

6.What is the most shocking statistic you have come across in your time at the UNHCR?

51% of refugees are children!


6.Aside from donations, what is the biggest contribution an individual can make to support the refugee crisis?

Getting involved in community sponsorship in the UK, volunteering and fundraising for refugee organisations and pursuing a career in the sector!

This interview was conducted by email