World Theme: You, me, and those who came before
Forced To Flee's Theme: One Planet. One Community. One Family

You, me, and those who came before 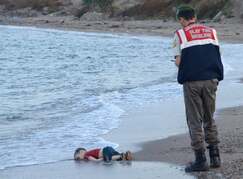 Many people have risked their lives to make their way to various destinations whilst fleeing from war, violence, persecution and natural disaster. The iconic photo of the young Alan Kurdi, washed up on a beach drew the media's attention to commentate on the crisis. But what many people don't know is that the Refugee Crisis is NOT new! From both the world wars to the wars before that, many people from all backgrounds were fleeing their homes to escape death, violence and disaster. The crisis did not just start in 2012 and end when the news stopped covering it. It is still going on and was before 2012! Refugees are not new. They have been around for a very long time! We hope they will not be around for much longer. But to those who came before, and to those who are here now, we are here for you. We #standwithrefugees

One Planet. One Community. One Family 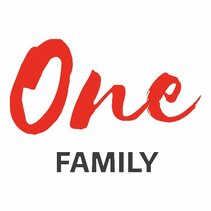 We all live in one planet. We are all one community. We are all one family. Everyone keeps talking about working together to make a difference. It has become a common phrase that loads of organisations and people say. BUT IT IS TRUE! Look at what we have created. Hatred towards certain people because of their religion, race, colour or background. Thinking people are less than us because of what they wear or what cars they drive. WHY DOES IT MATTER? If we keep continuing like this, it is just going to get worse! We need to change our attitude, inside and out. STOP hating on people because they are different. START communicating in a civilised manner, not with violence! LISTEN. TALK. DISCUSS. Yes, we may have different opinions, but we must learn to respect one another, and that will lead for others to respect us as well. Our children deserve to grow up in a better place. A better world.

Embrace the idea. Don't reject it! Because we only have one planet. We must look after it! Physically and socially.