​There are many Non-Governmental Organisations (NGOs) helping refugees in response to the crisis in specific ways.
Some organisations are bigger than others but most have the same aim, which is to support refugees.
Many of the NGOs work in a global space whilst others are more domestic in their support.
NGOs have often been able to support the crisis where there has been a gap in governmental support or there has been insufficient support.

Read about some of the major NGOs, domestic and global with details of their work below.

​The British Red Cross is a charity that helps support refugees all over the globe. The charity gives medical support to refugees who need it, along with food, clothes and small amounts of money. As well as helping refugees fleeing countries they aim to re-unite families as well. They also have a destitution plan which gives people short-term emergency support and advice due to them being denied asylum in the UK and cut off from any welfare benefits. They also help refugees get visas to stay in the UK.
Refugee Action supports refugees through help and advice on the refugee process, and they tackle poverty by helping refugees who are homeless. They have a program called street legal which helps refugees and asylum seekers who for many different reasons have ended up on the streets. They also facilitate the resettlement process for refugees in the UK through specific resettlement schemes. The services they provide help refugees in the first year in the UK by helping them settle in, become part of their community and rebuild their lives in safety and peace. 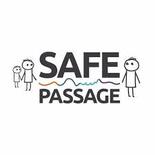 The organization Safe Passage UK was conceived to help child refugees and vulnerable adults find safe, legal routes to sanctuary. They help reunite unaccompanied asylum seeking children from France, Greece, Italy, Germany, Belgium, Bulgaria and Syria with their relatives. For those who come to the UK they also help in the transition to a new life.
Safe passage partners with Citizens UK which is a group that empowers community action, combining skills and resources to open doors, establish precedent and advocate for change for the common good. 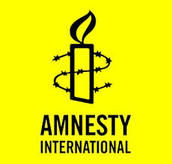 ​Amnesty International is a global NGO working in over 150 countries that works to protect human rights by helping individuals claim their right through training and education. They work in different areas but in the space of the refugee crisis they work to ensure governments honour their responsibility to protect their rights, condemning and policies and practices that undermine them.
They have a campaign called the Welcome campaign which calls upon governments to welcome their fair share of the worlds refugees. They also push for safe and legal ways for refugees to start their new lives either through sponsorship or reuniting families.
​There are so many other NGO’s that are helping refugees in all sorts of ways such as Save the Children and Doctors without Borders. There are also many community groups who do great work to support refugees. Support the Refugee Crisis today by clicking the the 'DONATE TO THE CRISIS NOW!' button below!
DONATE TO THE CRISIS NOW!
UA-136779183-1